This episode of Heartland Podcast is in English,

The conversation you’re about to hear toke place in front of a live audience during this summer’s Heartland. The participants are artist David Shrigley and film director Ruben Östlund and they met on stage for a conversation with the headline “What is the meaning of artistic censorship?”

David Shrigley is the artist behind the giant piece Swan-Thing that graced the moat of Egeskov Castle during this year’s Heartland. He works within several media, including drawing, painting, sculpture, animation, performance, and music. He has been exhibited all over the world.

Ruben Östlund is a Swedish film director and screenwriter. His critically acclaimed films Force Majeure and The Square have both won awards at the Cannes Film Festival. The films are characterized by absurdity and a fierce yet empathic satire.

The conversation is moderated by TV host, author, and rhetorician, Barbara Læssøe Stephensen.

We hope you’ll enjoy this episode of Heartland Podcast! 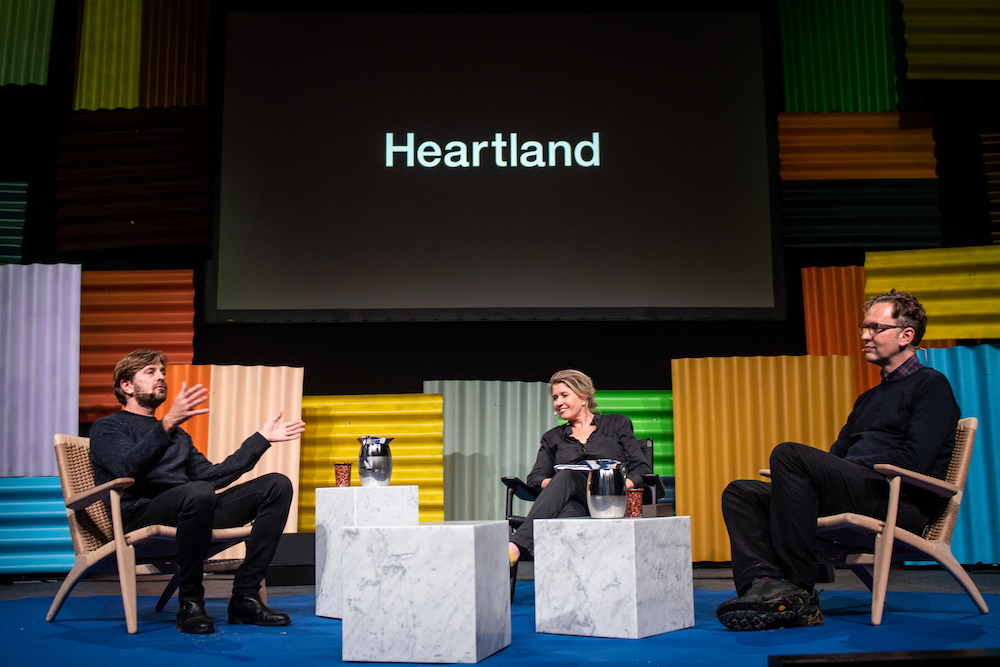